History of Dana in Japan
Dana has been operating in the Asia-Pacific region for more than 50 years, and the company's footprint in the region currently includes 20 major facilities and four technology centers. These facilities support our customers in the light-vehicle, commercial-vehicle, and off-highway markets. Japan plays a key role in helping Dana reach operational goals of achieving a greater balance in Dana's businesses, both geographically and in market sectors.

History of Dana
In 1904, an engineering student named Clarence Spicer left Cornell University to launch a new business in the vacant corner of a New Jersey, USA, factory.

While still a student, Spicer had earned a patent for his groundbreaking design of the first practical universal joint to power an automobile. Spicer's innovation would quite literally unchain the automobile, which had previously relied on chain-and-sprocket drives to transmit power. But at its outset, his new venture was a decidedly bold step.

A talented engineer and inventor, Spicer had neither business nor manufacturing experience. And although the automobile was destined to become a global institution, its future was still far from certain at the turn of the 20th century.

It was from these uncertain beginnings that Dana emerged as one of the world's most influential automotive suppliers. Founded on Spicer's designs, and fueled by the business acumen of attorney, politician, and financier Charles Dana, the company proceeded to expand its product array, technological expertise, and geographic scope throughout the century. Along the way, Dana also fostered a progressive, people-oriented culture that has added a unique dimension to the products and services the company provides.

Building on these strengths, Dana products have helped to drive history's greatest vehicles – from the Model T and the World War II-era Jeep®, to London taxicabs, 18-wheel trucks, giant earth-moving machines, and every car on the NASCAR® racing circuit.

Well into its second century, Dana continues to build on this proud heritage. Dana people continue their passionate pursuit of innovation. And the company continues to deliver on its commitment to advancing the science of mobility for the benefit of its global customers. 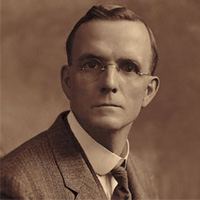 Charles Dana, 1930s. In 1914, Dana joined Spicer Universal Joint Manufacturing Company, bringing his business expertise and capital to the growing company. In 1916, he was named president and, in 1948, he became chairman of the board.